Have you ever wondered why your generator was working fine yesterday and it is unable to start today?

Gensets are usually powered by engines which produces rotation to the alternator, hence we get electricity from it. When the generator is unable to start, there are common issues which we should check first before we call our local technicians. It is therefore helpful to have some engine knowledge and we have an article on How Engine Works in Less than 3 minutes which may be useful for you to watch after you are done with this article.

Checklist on what to look out for whenever starting a generator fails:

First common sensical thing to do is to check for fuel level. Have you run dry on diesel or petrol? Be sure to check engine type before pouring fuel in. Diesel fuel for diesel engines and petrol fuel for petrol engines.

More often than not, the fuel level has run dry and one may wonder why the genset is not working. If this is the case, add fuel and try starting it up again. For petrol engines, usually there should not be problems starting it again because smaller petrol engines have little pathways for fuel to travel within the engine, hence the chance of an AirLock would be low. For diesel engines however, it may be a seperate issue. Check below. 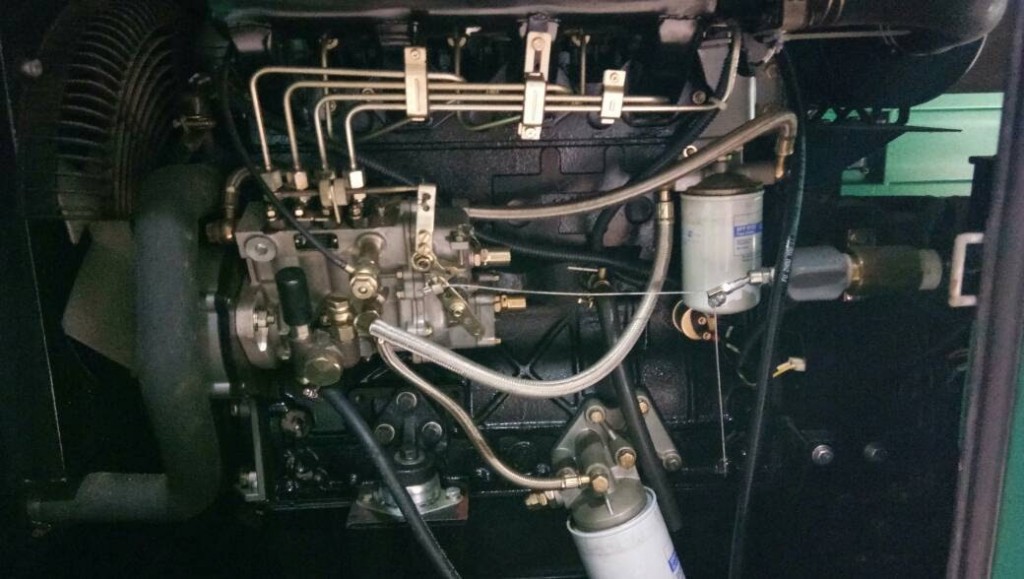 From the photo above, could you tell which is the diesel priming pump? If you can’t, here’s a tip for you: See the black cylindrical cover at the fuel pump at the center left of the photo? That’s the priming pump. You will need to pump it up and down until diesel runs through the entire fuel line system of the diesel engine. This will take time and you may also need to release some air before you are able to remove all the Air Locks. Once the whole system is filled with diesel again, you should try starting your engine again and it should run like a horse.

If you own a car, I highly recommend you to listen to the sound of the engine while it is running. Get used to it and whenever you notice there is a change in noise, quickly go to a mechanic of your choice and have it checked. A change in engine noise may not be something good. It can be that the lubricant oil level is low or the viscosity of the lubricant oil has thickened. Also there may even be broken parts in the engine if the sound is severe.

The same goes with a generator. Be sensitive if there is any unusual sounds especially for older engines. However, newer engines such as the MGM Generators has built in sensors and is a smart generator because it will tell you whenever there is a fault and it will shut down itself to protect itself from damage. I highly recommend you check out the MGM Generators.

If possible, I highly recommend you get automated generators such as the MGM Generators mentioned above. This is because they are designed to be used without human intervention: They can still be started even after low diesel level and is fully automatic. However if you do use manual or older type of generators, be sure to be sensitive to the engine running sounds. Also whenever the engine stops, be sure to do the above steps to troubleshoot the generator (check diesel level and prime the pump) before calling your local mechanic so that you can save some money.